What can I expect from Gapyeong?

Gapyeong County is part of Gyeonggi province and is one of the most visited areas outside of Seoul due to its proximity to the Korean capital and natural resources perfect for recreation all year round.

Gapyeong is known for its natural beauty and diverse terrain, making it the desired gateway destination for locals and tourists. On the east, Gapyeong county borders with the mountainous Gangwon province. Bukhangang River, or the Northern branch of Hangang River, flows through the county, and its banks are full of unique hotels, coffee shops, and restaurants. Three mountains to the south – Jungmisan, Hwayasan, and Jeongnaksan form a beautiful mountain range and surround the beautiful valleys of Gapyeong. To the east, Gapyeong county borders with Chunchon city and Hongcheon county, to the west, with Namyangju. Yangpyeong county is to the south and Pocheon county to the north.

Some of the attractions listed as belonging to Gapyeong county might be actually at the border area (such as Namiseom Island) or technically in the bordering county. Still, because of its proximity and excellent roads, it makes sense to consider these places.

Most of the Gapyeong area is mountainous, and the climate is continental, with an average yearly temperature of 11.2 C.

The close proximity to Seoul and its central location makes Gapyeong a logical candidate for great historical finds. During the Three Kingdoms Period, the county was part of Shilla Kingdom and later became part of Goryeo (Gapyeong at that time belonged to Chunju, today’s Chuncheon in Gangwado). During Joseon, Gapyeong was incorporated in Gyeonggi-do province as it’s today.

The emblem or the logo of Gapyeong depicts the predominant nature colors of the area: green – symbolizing the beautiful nature – valleys and mountains covered in lush forests. Blue stands for the clean mountainous air and abundant waters of the rivers flowing through the region. The emblem looks like a person engaged in an intensive outdoor activity – Gapyeong Lake and river are famous for various outdoor and water sport activities.

Every area in the country has its character or mascot. Gapyeong’s mascot is called Jatdori, and it’s a pine nut friendly creature. Gapyeong county bird is pheasant, and county tree is the Korean white pine. Gapyeong country flower is forsythia. The county’s representative produce is pine nuts, as half of the national pine nut production is done here. Other specialty produce is clean apples, orchids, Woonaksan grapes, and clear oyster mushrooms.

“The Path to Heaven”, Garden of Morning Calm

Garden of Morning Calm | 아침고요수목원
The garden is visited yearly by close to a million visitors from Korea and abroad. The carefully landscaped garden is stunning all year round.

Nami Island | 남이섬
Popular entertainment park covering an island in Hangang River. Regular ferry service to the island is included in the ticket.

Jade Garden | 제이드가든 수목원
Beautiful arboretum located in Chuncheon, but easily accessible from the Garden of Morning Calm. It was modeled after a famous European garden and is used for filming the location of multiple k-drama shows.

Baekryunsa Temple | 백련사(가평)
The temple is famous for being surrounded by mountains famous for scenic hiking trails. The temple is recently built, and buildings are beautifully designed and covered in subtle dangcheon colors.

Jarasum Singsing Festival – Winter festival where you can enjoy trout fishing on the ice. Like all festivals in Korea, there will be lots of food, and some experiences for kids like snow and ice sleigh, bumper car on ice, and many others.

Golden Tree Cafe
Trendy coffee shop with significant indoor and outdoor sitting areas overlooking the river. It’s famous for its infinity pond, unfortunately in operation only during the hotter months.

Cafe Moai
Modern building with huge glass windows, offering fantastic views to the beautiful hilly surroundings sprinkled with vacation villas. You can sit outside on the green lawn. Close to the Garden of Morning Calm.

Riverland Cafe
Trendy coffee shop on multiple levels with fantastic rooftop terrace. It might be jam-packed around noon, so plan accordingly.

Lee Jung Woong Space & Art
Beautiful gallery with a coffee shop. The ticket for the gallery includes a drink. Sit on a terrace and enjoy the stunning views of the Bukhangang River.

Yellow Bridge Art & Gallery Cafe
Inspired by Van Gogh Langlois Bridge or the Yellow Bridge’s famous painting, Mr. Song, a fashion designer, and artist, created one of a kind art space, where the central theme is yellow, and a surprise is hidden at every corner. Grab a cup of coffee and start exploring

Bakery Theater Cafe
The coffee shop is actually in Namyangju but right on the border with Gapyeong, so it’s worth checking. It has a huge garden and amazing views from the rooftop terrace to Gapyeong. (Chuncheon)

My Pottery Cafe and Workshop
Also, in Namyangju but very close to Gapyeong. You can try a pottery class or just have some coffee and burn marshmallows on the fires they put outside in the garden. (Chuncheon)

Sorry, no posts matched your criteria.

Sports and Recreational Activities in Gapyeong 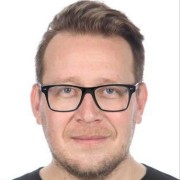